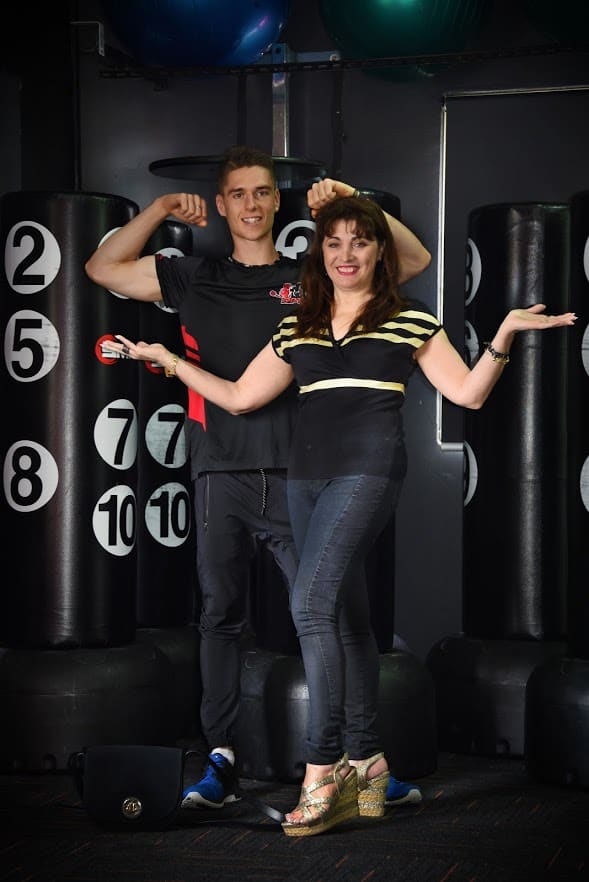 28 May Bursting the Myth

The other day I was reading a blog and it was titled, “My partner makes me stronger”.  It went on to say that he was always there when she needed him and with him by her side she could literally take on anything.

I could hear the silent “aw” of every female reader, so attracted to this romantic need to find the one that “completes” them.   I think the whole article was centred on the advertising of an aftershave, but it got me thinking.

In my experience I have met many so called “strong women”.  They too have become strong because “their partners made them stronger.”  Unlike the romantic take on it, these women became strong because, their partners were not by their side and generally were never there when they were needed.  So they learned to stand on their own two pins as the saying goes.

In fact sometimes, it’s not a case of “with him- I can take on anything” but “with him- I feel everything becomes so much harder”.

Let me take a moment to defend the males here, although they have probably stopped reading a while ago.  This is by no means, “your fault”- or in any way designed to degrade you.  We are investigating the workings of the female mind and the romanticism that clouds our path to happiness.  So if you are a male reading this and you are finding this offensive, maybe check in with us at the next Blog, otherwise keep reading for some insight into “our or the female perception”.

Some women find these romantic claims like “he makes me stronger” or “with him I can conquer anything” as either nonsense, silly or misleading.  Yet there are others that determine their relationship as deficient on these grounds.  There may be others that argue that “they are living the dream”.  As Eckhart Tolle, puts it-“even living with the Buddha would eventually become annoying to most of us”.

Here are some of the “not so romantic” things I have repeatedly heard women say about the man that was once believed to be the man that was to complete them: “he was never there when I needed him” or “ he blames me every time something goes wrong in his life”.

A girlfriend of mine confided in me that the thing she found most sad about being single was, “when she was sick-she had no one to make chicken soup for her and to be by her side until she got well”- so it made being sick more stressful.  She was a bit taken aback when she found me laughing uncontrollably at this statement.

Now I state here yet again that this may not be your reality but there are a lot of women out there that will agree that in their experience:

When you are sick- your partner is sicker.

Now the stressor is not about the lack of chicken soup but that you now feel like you need to attend to your partner’s concerns and the kids, together with their associated commitments, no matter how sick you feel.   I suggested to my friend that if she was looking for a man to make her chicken soup when she’s sick, then she might be single a little while longer.

Now in all fairness to men, they are men- and mostly operate quite differently to women.  One interpretation I have heard from a Pastor is that women’s minds are like the internet and they have an inbuilt “google” that links everything via a complicated highway of networks.  The most googled, topic is “romantic relationships”.  The man’s mind is more compartmentalised with no overlap.   There are a series of boxes.  The relationship box is not all that big and it definitely does not link with any other of the boxes, be it work or house.  The biggest box is the “nothing” box.  This does not exist for most women.  It is in fact the preferred box in which most men choose to dwell.  To be clear it is the “nothing”  box in which men prefer to dwell  NOT the “make sure I am attending to all of my partner’s emotional needs to make her feel special and that she’s the one” box.   For some women it is a real struggle to pull men out of their “nothing” box.  Most men love being in their “nothing” box.

So it’s not a case of your partner being uncaring when he’s not there when you need him- but more likely he wasn’t even aware that you needed some emotional support.  Even if he is aware, it is likely that the support you are seeking  won’t be given as you are expecting  it either, because many men think, that if  you are off loading on them, then it is their job  to “fix it for you” as opposed to just “listening”.  There are so many beautiful qualities of men to love.  If “understanding my emotional complexity” is not one of them, then you are on your way to happiness.

So women if you want to become stronger, be thankful for your partners that have assisted you toward this goal by being in their ‘nothing box’ at the time of your greatest need.

Photography by MDH. Special Thanks to Personal Trainer Rhys Reddy.